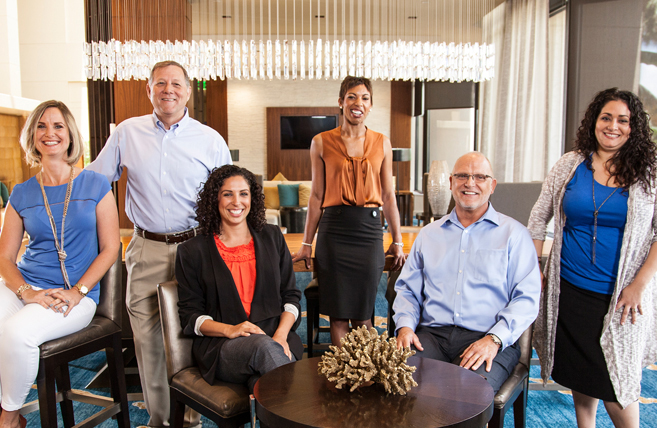 Supply Chain Services (SCS), a company that provides customized purchasing and supply chain solutions to companies in the hospitality, food, retail and service industries, approached RockOrange with a challenge many companies face: does your brand tell a powerful story?

The best brand stories are those that are compelling, emotional, and proactive. Often, they just need to be simple so that the target audience can connect with it. SCS wasn’t telling its brand story in a way that helped them differentiate themselves from competitors or communicate the achievements of their seasoned team. As a result, they weren’t generating the buzz and awareness they wanted among their target market.

RockOrange worked closely with SCS to craft a more inspiring story that will humanize their brand and make it more consumer-friendly by simplifying their message. Their initial messaging utilized a lot of industry jargon that was confusing for the general audience.

We knew that their content had to change drastically so anyone could understand the work they do. But content was just the beginning. We needed to take an integrated approach to completely rebrand them in order to accomplish their goal.

First, we created a tagline for SCS that summarized the message they wanted their audience to walk away with: “Leave it to Us.” SCS’ main message to their clients is that they don’t have to worry about anything, because the company will work as an extension of their team through collaborative efforts. With a relationship with more than 300 suppliers, SCS helps companies develop the supply chain strategy that best fits their unique business goals, including purchasing, contract negotiation, distribution and logistics, and global sourcing and fulfillment solutions.

Second, we revamped the look and feel of their website and worked with our digital and creative team to make some magic. The website is the most important tool any brand can have. If it seems difficult to understand or navigate, then you’ve lost your audience, and you are most definitely losing out on business. Along with the website makeover, we also created a manual to help them manage it long-term.

As we gave the site a new look, we worked closely with SCS to schedule a photo shoot that would allow us to convey a more collaborative and consumer-friendly attitude through imagery. A picture really does say a thousand words, and we needed to make sure those words were fresh and aligned with the new messaging.

And finally, the hardest step: simplifying ALL of their content to make it rock solid. Let us tell you, that was one heck of a challenge but we LOVED it! We made it easy for anyone to understand their services: what they do and how they can help businesses. The best part? They now get to leverage the new foundation we have laid out for other projects, including digital and social media efforts.

We leave it up to you to judge our work. Check out SCS’ new website and let us know what you think!

Richard Blanco, who became the first Latino to be chosen as presidential inaugural poet, is becoming a part of history once more. The poet has been selected to participate in the ceremony to formally re-designate the U.S. Interests Section in Havana as a U.S. Embassy, and RockOrange is working with him as he gets ready to head back to the country of his roots.

The historic ceremony, where Secretary of State John Kerry will raise the American flag over the embassy, will take place on August 14. It marks the first time an American secretary of state visits Cuba since 1945. Blanco will read a poem he has written especially for the occasion, evoking the stories of the people on both sides of the Florida Straits, separated by 90 miles of sea, yet connected by complex emotional ties.

“As a poet, and as a Cuban-American, I am proud and grateful for the opportunity to be part of this historic moment,” Blanco said. “It is a true honor to return to the country of my roots in this capacity, and commemorate this step in improving relations between the United States and Cuba.”

This poem is sure to be as emotive and poignant as “One Today,” the poem he recited at the second swearing-in ceremony for President Barack Obama in 2013. Blanco wrote “One Today” taking inspiration from his own life story, which now comes full circle. A Cuban-American raised in Miami, he has become a public voice since the presidential inauguration, and is now called upon once again to take the emotional pulse of the nation at this historic moment.

Blanco was born in Madrid to Cuban exiles, and shortly after his birth, his parents settled in New York. A few years later, their journey took them further south, and they finally settled in Miami, where Blanco grew up surrounded by Cuban culture, but not visiting the country of his parents until 1994.

Today, he has become an example of Hispanics reaching the American Dream, and taking it further than others have before.

Many folks around the Internets today are writing elegies for Jon Stewart’s 16-year run as host of “The Daily Show,” so if that’s what you’re looking for, you can go here, or here, or here. Even here, if you really want to.

But at RockOrange, we wanted to share something a bit different. We surveyed our #RockStars, asking them to share their favorite moments from the comic-turned-fake newsman’s run from late night afterthought to influential world-changer.

After the financial collapse of 2008, a lot of people let the journalists who covered finance and banking off the hook. Stewart didn’t. In March 2009, he hosted Jim Cramer — the most visible financial reporter in the country, thanks to his popular “Mad Money” platform — and proceeded to eviscerate Cramer for his lack of foresight and integrity in covering the industry that had brought Wall St. and Main St. to their knees. Charging Cramer and his CNBC cohorts with shirking their journalistic responsibilities by parroting what their corporate sources told them, he showed how the “buy-sell” crowd Cramer represents often winds up as no more than shills.

It was brutal. It was honest. In that moment, it was very important for our larger understanding of how the financial crisis came to be. And watching Cramer squirm was hilarious.

My favorite J-Stewart moment on “The Daily Show” has to be, without a doubt. the Bush v. Bush debate. Seriously, perfection. What better way is there to clearly, hilariously, and simply make a point about flip-flopping? Cutting through politically vague jargon by pinning a politician against his worst enemy — himself! GENIUS.

Jon Stewart’s appearance on CNN’s “Crossfire” is part of the reason that show is no longer on the air. After making that show a frequent target on “The Daily Show,” Stewart took his critique to the next level when he appeared on the show to tell them to stop hurting America.

Also, I’ll always remember his first post-9/11 show. Stewart and his staff returned to work with a somber opening reflecting on the tragedy that had unfolded just over a week before. His honest monologue at the start of this episode was a hallmark of his career.

The Rally to Restore Sanity and/or Fear in Washington, D.C., because I was there! This was one of the best things that came out of the Stewart/Stephen Colbert partnership. Fans of their shows (and civil discourse as a concept) came together (with some awesome signs) in a call for… well, sanity in politics and the media.

For me, it has to be Indecision 2008. Seeing “The Daily Show’s” live coverage of the historic moment when Jon Stewart announces Obama as the next president of the U.S. and watching Colbert shed a tear.

Jon Stewart’s monologue after the Charleston mass shooting was an example of Stewart dealing with the more “serious” side of the news. Unlike his usual stuff, this included no jokes, no fun remarks. He went straight into the issue of gun violence and why he believes these incidents will continue to take place.