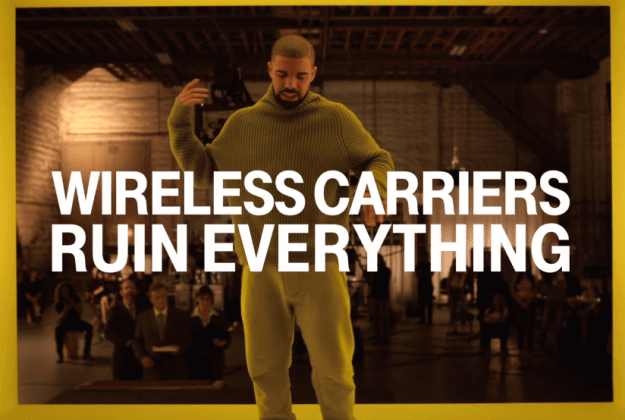 Last week, our RockStars ranked their favorite Super Bowl commercials of all-time. Now, on the heels of one of the least exciting games in recent Super Bowl memory, during which the world’s attention drifted from the subpar play on the field to the 30 and 60-second spots, we thought we’d take stock of this year’s crop.

Frankly, the slew of offerings was about as underwhelming as Cam Newton’s postgame press conference. Mildly entertaining? Sure. Memorable? Maybe a couple. But where were the game-changing, imaginative and innovative campaigns we’ve become accustomed to?

The creative process for conceiving a Super Bowl commercial, which this year cost some $5 million per 30-second spot, seems to have been reduced to a paint-by-numbers template approach: find a celebrity people know, surround them with a few widely shared cultural references, and pepper in a few easy sight gags.

Comparing this year with years past, we see some trends:

• Absurdist humor: Whether its aliens dryly joking about Scott Baio and murder or a gaggle of Ryan Reynoldses hawking Hyundais, the humor has gotten decidedly more random and scattershot. This is likely an outgrowth of the general trend in comedy, which has been led by the likes of Upright Citizens Brigade alumni, Louis CK, Will Ferrell and Judd Apatow. A lot of today’s commercials echo sketches from The State 20 years ago.

• Remember when?: Nostalgia and a yearning for a time-gone-by drive a lot of creative choices in the modern Super Bowl ad.

• Cars are more than cars: Almost every car commercial—the leading industry among Super Bowl advertisers—is focused less on function and more on lifestyle. Car commercials on this stage have become exclusively “what the car says about you,” not what the company has to say about its car.

• Animals work: Dogs, Clydesdales, bears and #puppymonkeybaby. Anthropomorphism is so hot right now. So is dressing up animals. Even though they probably hate it.

Not all of these elements are required, but they are almost universally adopted.

Sometimes, it comes together quite well. Case in point…

Here, the right celebrity (Janelle Monae) is paired with an inventive throwback through-the-years soundtrack concept and visuals that hit all the right notes.

And sometimes, it just feels like they’re trying too hard.

These celebrity ensemble casts in commercials always seem to come across as a group of people thirsty for attention with their own products to shill. In this case, they came right out and said as much. We couldn’t remember what the commercial was for after it was over (Amazon Echo).

Liam Neeson for LG because… ?

T-Mobile convinced Steve Harvey to poke some fun at himself in this spot:

Another celebrity smorgasbord, this time a bit more pretentious, from Mini USA:

Plus Helen Mirren sweating drunk drivers on behalf of Budweiser:

And Kevin Hart starring in a commercial trope as old as time, except this time Kevin Hart is in it:

From “people we know” to “things we know”, Coca-Cola used an odd couple of Avengers (without actually using the actors’ faces):

Apartments.com traded on the recognition of the Jeffersons theme song:

Maybe it’s best to understand rather than lament the lowering of the brow and bar. As a brand, if your budget is already hamstrung by a $5 million buy-in, the deep, difficult creative work of devising a truly nuanced, compelling ad campaign might not be worth the investment. Better to just dress up some wiener dogs like… wieners?

Unless you are Avocados from Mexico, that is. Their commercial, #Avosinspace, was legit funny. Moreover, it was a truly original commercial that did not take the easy way out by relying on nostalgia, celebrities, easy cultural references or dumb laughs.

(Ok, we hear you, but one second of Scott Baio doesn’t technically count as nostalgia, and the commercial didn’t hinge on it.)

A few others are worthy of credit for originality and not pandering to the easiest common denominator of celebrity/call-backs/cute animals.

Colgate devoted their time to a message more powerful than dental hygiene:

A group of character actors who once upon a time played the Sobotka clan in season two of The Wire got back together on screen as a group of goofball bank robbers for Prius:

And then there was this, which we’ll just leave right here…

Millions are getting ready for the biggest sports event of the year, those of us in the PR and advertising industry are paying close attention to the highly anticipated commercials that Super Bowl 50 will bring this weekend.

Each year, brands pay millions of dollars for a 30-second spot during the game in hopes of connecting with consumers, and this year is no different — the base price for a spot in 2016 is estimated at $4.5 million.

As we prepare for the Big Game this Sunday, our RockStars looked back at some of their favorite ads, and put together a list of their top 10 most memorable Super Bowl ads: