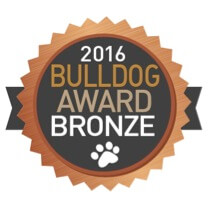 We’re thrilled to announce that RockOrange has been awarded Bronze in the category of ‘Best Use of Digital/Social for Cause/Advocacy/Corporate Social Responsibility’ for the digital work we executed on behalf of Miami’s Zoological Wildlife Foundation (ZWF) in this year’s Bulldog Reporter Digital/Social PR Awards.

RockOrange was hired as the Agency of Record by ZWF in 2015 to help the brand find its voice, increase brand awareness and drive visits to the property. Through a series of content-driven digital strategies, we helped ZWF increase its online presence increased by 343 percent. Website traffic increased by 63 percent and the brand’s social media following shot up 67 percent.

RockOrange’s bronze is one of 48 honors awarded to companies who have made amazing strides in the world of digital and social media public relations and communications. Bulldog’s Digital/Social awards were by working and award-winning journalists from a number of different media outlets including The Washington Post, USA Today and The Oregonian. Scoring for agencies is based on the following criteria: creativity and originality, strategic and tactical brilliance, breakthrough communications approaches and of course the results of all efforts.